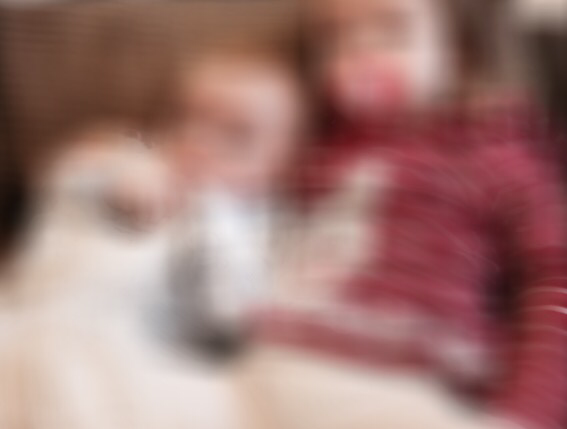 Opinions, advice and perspective required please…am I losing the plot??

After my abusive ex was prosecuted, he was told by the judge in the Criminal Courts that he was not allowed direct or indirect contact with me and could only apply for contact with the children by making an application for access through the Family Court. I’ve been going through this arduous and demoralising, not to mention incredibly expensive process for a year now and we are awaiting a court date for the final hearing. He has currently be granted only indirect contact, which involves sending one photograph a month via my solicitor.

As my blog has only been active for one week I have not yet managed to tell my entire story, however the snippets I have written will give you a good idea of the domestic abuse me and my children suffered. In a nutshell, my ex is a violent man, with mental health issues, as well as a drug addiction and a problematic relationship with alcohol. He has a history of domestic violence with other partners before me, who also reported him to the police. The woman chose not to prosecute for these offences however, this ‘soft information,’ made available by the police for safeguarding purposes, was used as evidence of his nature by Children’s Services in the Family Court.

When he was sentenced for the final assault on me, he was given ‘restorative justice’ which means his custodial sentence was suspended and instead he was offered a course of rehabilitation. Here in the U.K., domestic abusers are offered a 20 hour course on how to engage in safer relationships. It was also recommended that he participate in cognitive behavioural therapy for his mental health, and enrol in drugs rehabilitation although, these were optional and were not part of his probation.

When the Family Court proceedings began, the court ordered Children’s Services to write a Section 7 report (a sort of risk assessment for those unfamiliar). The outcome of that report was that my ex partner must engage in all compulsory AND recommended work in order to gain supervised access in a contact centre. To this date (and another court hearing later) he has still only engaged in compulsory rehabilitation that is part of his probation and would see him back in front of a judge if he didn’t attend. Furthermore, despite him doing ‘work’ on safer relationships, a few weeks ago, he was arrested for another domestic incident with his current partner, demonstrating beautifully the lack of impact the course is having on his behaviour. He is still taking drugs, despite denying this on several occasions to Children’s Services. He hasn’t done what the court has asked, but after receiving an update today from the Social Worker dealing with our case, I still feel that they are prepared to keep giving him chances to demonstrate change. She insisted that, given enough opportunity, she has seen many men like him change (even though she has only been practising social work for a year). I told her that I didn’t believe that my ex could reform, and that I would always be a sceptic when it came to the safety and mental wellbeing of my children. She didn’t like that.

At this very moment in time (maybe one day I will feel differently), I do not want my abusive ex to gain any form of access to my children, but I feel like I am fighting a losing battle. Children’s services and indeed the Family Courts seem to always make the presumption that violent fathers should have contact with their children. This presumption is based on research that suggests that it is beneficial for a child to have contact with both parents, as long as it is safe for the child (there is no, or little consideration for the safety of the primary parent who was the focus of the other parents violence).

Am I being unreasonable? Child contact for this man seems like utter madness to me. Is it really right that a man who seriously assaulted me (in front of the children), who regularly frightened the children, who brought chaos to our home, who has no regard for the law, who has refused to seek support for his mental health issues and drug addiction, who shunned his parental responsibilities during our relationship and who has repeatedly lied to authorities about his situation and drug taking still gets child contact? I know the research suggests that a child is better off knowing both parents, but where is the realistic tipping point where knowing a violent and disgraceful parent actually does more harm than good to a child? It is absolute beggars belief that I am having to work so hard just to keep my family safe from this man. Please someone put some perspective on this for me before I drive myself mad with worry and frustration at the rights of a so called parent. I totally disagree that my children are better off knowing this man.