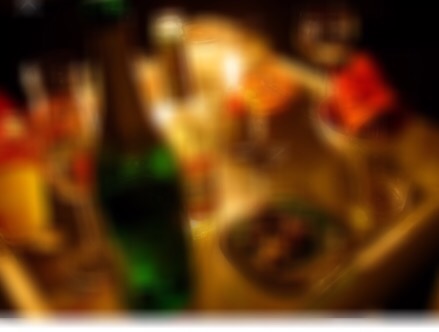 My abusive ex-partner had a problem with both drink and drugs and about a year before the end of our relationship, this became incredibly apparent. He wasn’t an alcoholic by any means, as he wasn’t dependent on alcohol, however, his relationship with it was incredibly strained. He would often drink to cheer himself up, and once he started, he was unable to stop until he’d drunk every drop of alcohol in the house. Alcohol exacerbated his bad moods and the abuse that often followed and to begin with, it was easy to convince myself that it was the alcohol causing the abuse, not the man I loved. I blamed it for everything, his misery, his lack of motivation, his vile language, his loud and aggressive voice and his violence towards others and myself. I therefore assumed that an easy solution would be to ban him from drinking alcohol, particularly in the house. During these brief periods of abstinence I did notice improvements in his behaviour towards me however, his more gentle demeanour was more likely down to him still being in grovel-mode from the previous violent episode and the threat of homelessness looming over his head, than his soberness. My mistakes have taught me that alcohol DOES NOT make a person abusive, it is just a convenient excuse. Regardless, his “I’ll never drink again” apologies and teetotalism never did last more that a few weeks before he would arrive home with a few beers, claim he was only going to drink one to help him relax and the terrifying cycle would perpetuate.

To this day, I am still unsure about my abusive-ex’s relationship with recreational drugs. I, myself have walked a reasonably straight path in life leaving me naïve when it comes to recognising signs of substance misuse. For a long time, I literally had no idea. Towards the end of our relationship his behaviour became so incredibly erratic and bizarre that he was forced into admitting a fierce cocaine habit. The anxiety of living with such an unpredictable man who I now knew was bringing drugs into our family home pushed me to emotional breaking point. I ended the relationship, but alongside that, began his threats of suicide. Over the next few days and weeks he played on my compassion and feelings of love and fear for him.  It seemed like a hopeless, no-win situation, I couldn’t live with him, but I also felt like I had to give in to him in order to prevent a tragedy. The manipulation was so incredibly transparent to everyone else, but I still felt safer believing that he would get help and change than I did escaping from his grasp and likely having to face a harrowing unknown. As you can probably predict, he never did seek help for his drug misuse and even more astoundingly, he would regularly retract his admission of an addiction, claiming that he could stop and start at his own accord. His sickly appearance, mounting debt and increasing levels of paranoia and deception told a different story, however.